I wanted to write a little about my amazing life here. I have a truly amazing life. I’m now 39 years old. I have a great family, lots of friends, the sweetest wifey on the planet, 2 perfect kiddos, an awesome miniature weenie dog named Honey B, I run a successful online advertising agency which employees several good friends, I’m a part of a truly one-of-a-kind church body in Oak Lawn, Dallas, called The Upper Room … and most of all … I know the living God Jesus Christ! He’s my savior, he’s my deliverer, and he’s my best friend... but that wasn’t always the case.

If you’re reading this, I imagine you want to know a little about my background in the online business world. I’ll make the majority of this “about” page all about just that, but if you’d like to learn more about my testimony in Jesus, you can check it out here (50min video). It’s a pretty awesome true story about how Jesus plucked me from the fire and turned me into one of His kids.

My journey in online business started in December of 2005. At the time I was living with my father in San Antonio, TX helping him run his pest control business. I was also going to community college to knock out the basic courses needed for a degree. I had little direction for my life. I had entertained the possibility of working in the music industry somehow. I had been playing the electric guitar for several years (all shred guitar :D) and had high hopes of either starting up a band, or mixing as a DJ like Tiesto, Van Burren, and Paul Van Dyk.

All that changed however after just 1 week into an html/css class. I found it so interesting that anyone could take the vision in their mind and build it out into a website for the entire world to see. It was just amazing to me. I was so captivated with the thought of building out all the many ideas in my mind that I dropped out of school to pursue the possibilities online.

I started working a second job at Fed Ex late at night so I could purchase training materials that would help me better my web skills. I learned how to code entire sites with html and css. I also mastered the basics of Photoshop since I knew I would need more than just text on my sites. They needed to be visually appealing as well. I also learned several awesome lead generation techniques, namely SEO (search engine optimization), as well as consumed all the sales and marketing info I could get my hands on. The extra money I was making allowed me to spend almost $30,000 in training and 1-on-1 coaching over the next year. I found two awesome online business coaches, Jeremy Palmer and Jason Nyback, that helped give me a more well-rounded view of the traffic available online. There was a whole other world of paid traffic out there, but I knew I needed to master just one method of traffic, and since SEO was all the rage at the time, that’s what I pursued.

I went to town putting all that I had learned about online business into a website called MadGuitarLicks.com (I later sold it for $10k) where I showcased my guitar skills via short video lessons. I gave away free video lessons as a way to get Google and Yahoo to rank me highly in their search results. And that’s exactly what happened. My site shot up in the first position in Google for the keywords “guitar licks” and “free guitar lessons.” Those two keywords together were driving nearly 400 people/day to my site. Now that I was getting traffic, I just needed to figure out how to monetize the site, so I implemented a simple strategy where I reviewed several online guitar lesson courses, and sold them as an affiliate. I placed strategic links to the reviews in the sidebar and after each of the videos. And… it worked. The first full year of operation, MadGuitarLicks made $129,000. It was a massive success, and it was my very first site!

Over the next several years, up until Jan. 20th, 2010, I created over 30 sites just like MadGuitarLicks, with the help of several Filipino workers and a retired journalist. All up, the company was bringing in around $500,000/yr. The margins were pretty dang good too since I wasn’t having to pay for my traffic with $$. As long as the search engines were giving me “free” traffic, I was golden. But that’s when everything changed…

Enter the "Penguin." As Google likes to do from time to time, they released an update to their ranking algorithm called "Penguin" that wiped every one of my sites from the first page in the search results. Tears. Lots and lots of tears. And as you can imagine, with little to no traffic, I lost 90% of my income overnight. I had to lay off all my employees and go back to eating cereal and ramen. Lots of fun.

The only "asset" I had left at that point was an email list I had built in the web design niche that consisted of around 1,600 very active subscribers. The subscribers all came from a site a buddy and I had built to showcase tutorials for a popular Photoshop plugin called SiteGrinder. Anyone remember that thing?! It was a pretty nifty little plugin at the time that turned any .psd file into a fully functional website.

So, going with what I had left, my buddy and I continued to build out that site over the next 10 months. I think we must've made around $80k total revenue during those 10 months...and for two entrepreneurs, that just wasn't going to cut it. So...we closed up shop. What unfolded over the next yr, up until October 2012, was pretty depressing/upsetting/infuriating/constipating...

My time basically consisted of creating video courses and affiliate reviews to pitch to the SiteGrinder list. Which soon fizzled out. Because every email I sent was a pitch. And people see through that sort of thing after a while. And so...no dice. I was flat broke and had exhausted all my money-making ideas. So I prayed about next steps. And something truly AWESOME happened...

Yep. But it wasn't just any job. I didn't want to give up on my dream of running a successful online business, and I knew the only reason I was broke was because of a lack of traffic... So, the job I took was that of a "media buyer." I went to work for a seasoned internet marketer (who shall remain nameless) as one of his personal traffic guys. He showed me the ropes and over the next 2yrs, I learned and mastered the art of paid traffic.

It took me a good six months to get the hang of it. I had to get comfortable with the idea of buying data. I would spend his money and often times lose it, but once I understood that I wasn't actually "losing" money for him, and that I was "testing" and figuring out what worked and what didn't... THAT'S when the light bulb went off. It took me a full two years working beside him (and spending a couple million of his dollars) to feel confident enough to branch out on my own once again.

Back On My Feet

After parting ways with my mentor, I started up an advertising agency with a partner. We ran traffic as affiliates, as well as for a few medium-sized companies in the cosmeceutical/nutraceutical/mortgage spaces. This was a good, confidence building season for me, which lasted for about a year and a half. All up, I spent just over $2,000,000 dollars in online ads while at the agency. I learned to hire, manage, and fire employees, handle the finances, and build out a company through the start-up phase... but the thing I appreciated the most about my time building the agency was the confidence it gave me to DREAM BIGGER.

After running the agency for two years, I decided the corporate life just wasn't my thing, and I left to work from home, once again as an affiliate. I've been operating now from home for the past five years, and have spent another $40+ Million in online advertising. I love being home to spend time with my amazing wife and pups.

My dream has always been to work for myself, make enough money to provide my family with a stress-free, privileged lifestyle, and to help others achieve the same thing. Enter... INBOX2020™

INBOX2020™ fulfills that part of my dream of giving back and helping others achieve the same level of financial freedom (and beyond) as I have achieved. I don't have an MBA. I don't even have a degree. But I make more money in a single month than most college graduates make in 3 years. And it's all because of traffic. I set my mind to mastering the art of digital marketing (specifically how to generate traffic, leads, and sales), and now I'm teaching you the EXACT traffic methods and strategies I use so you can fulfill your dream of financial freedom as well.

As you can imagine, after going through such a journey, I'm both super excited and honored to be in a position to teach you how traffic REALLY works on the internet. Most traffic guys keep these tactics tied close to their chests, but I'm giving them all to you. Nothing is withheld. No stone left unturned.

If you want to see how the big boys drive traffic, to the tune of MILLIONS in profits, then you're in the right place. Head on over to the training to get started. 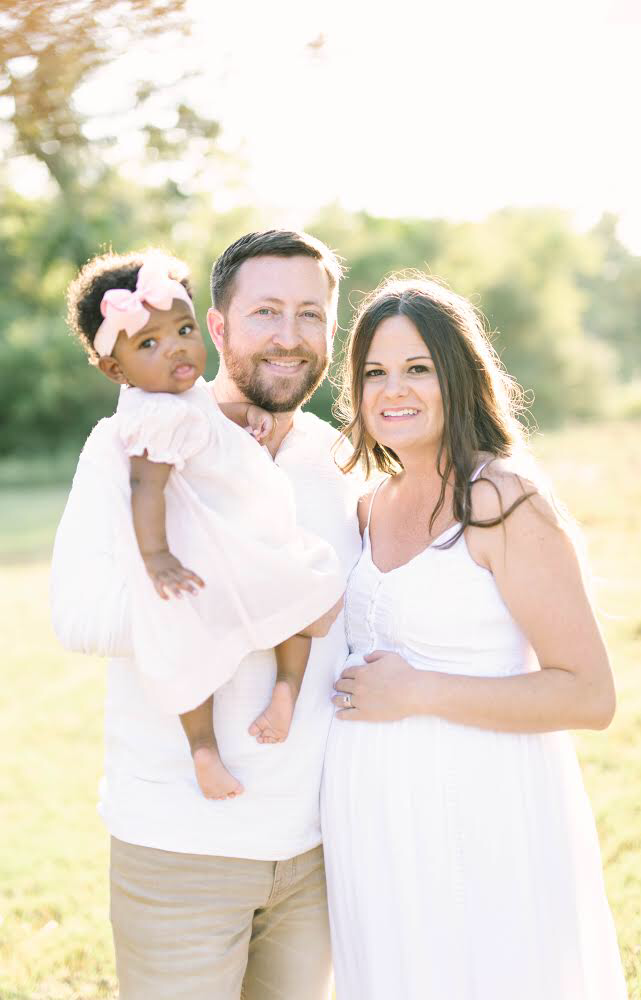 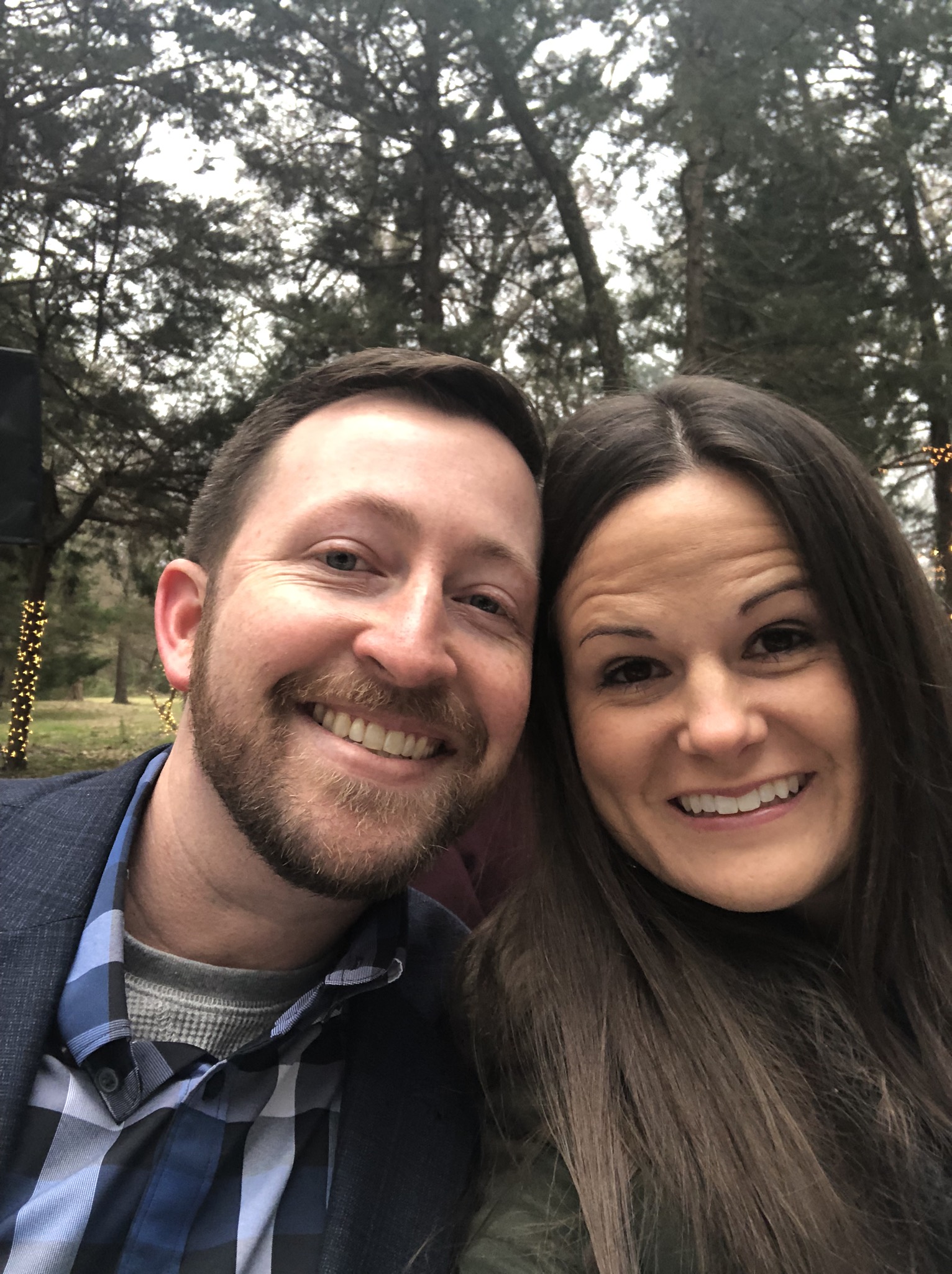 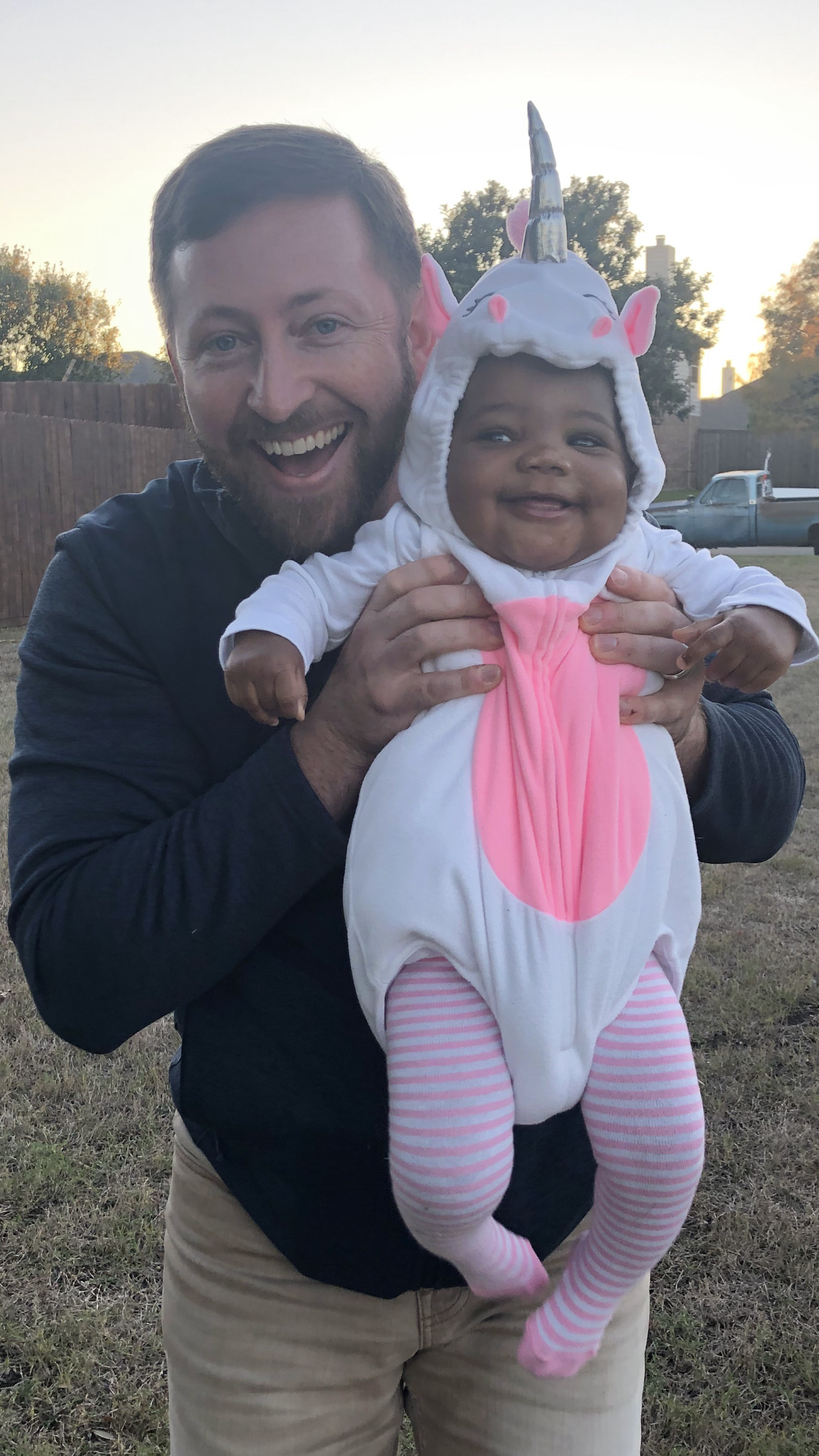 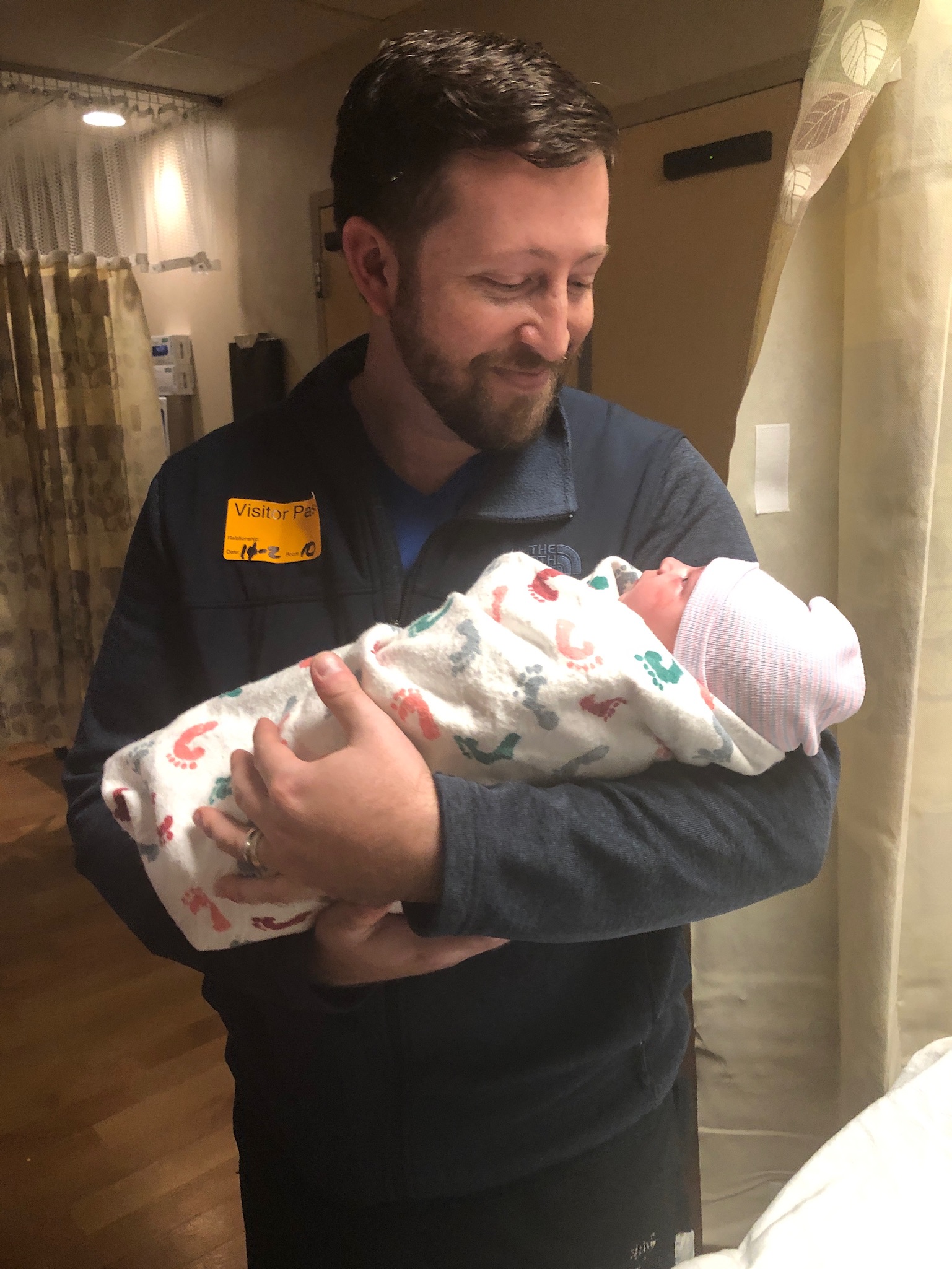 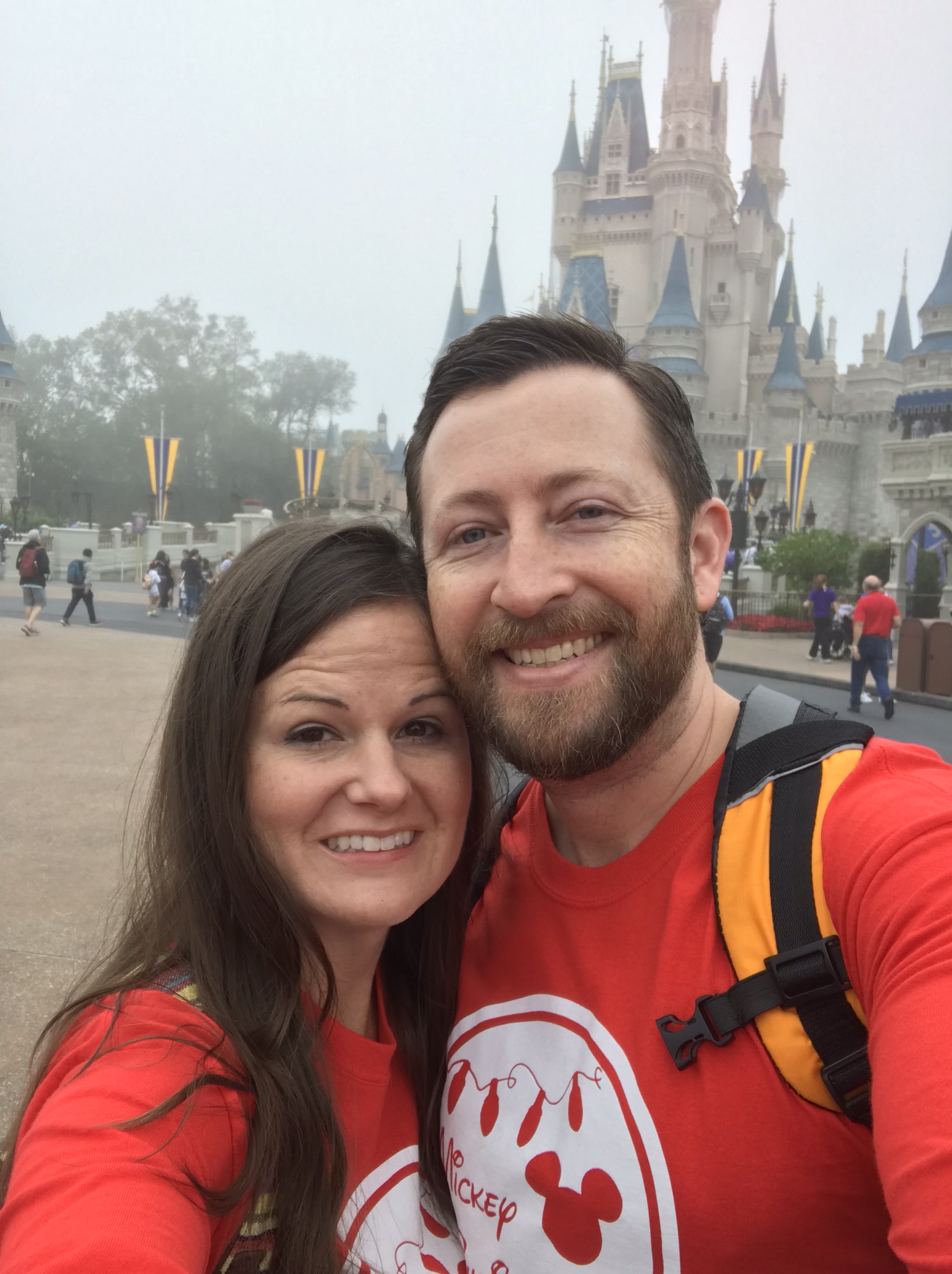 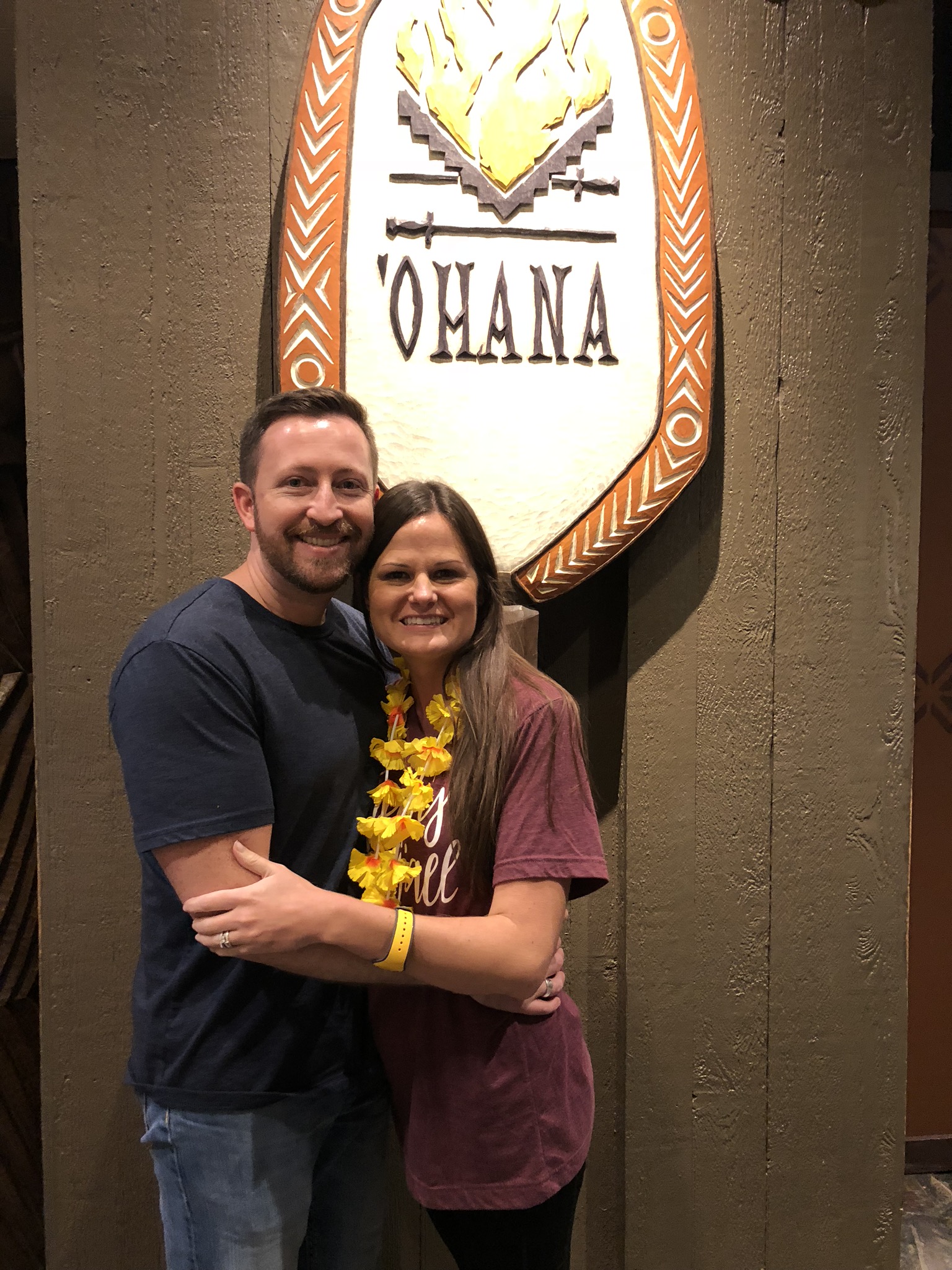 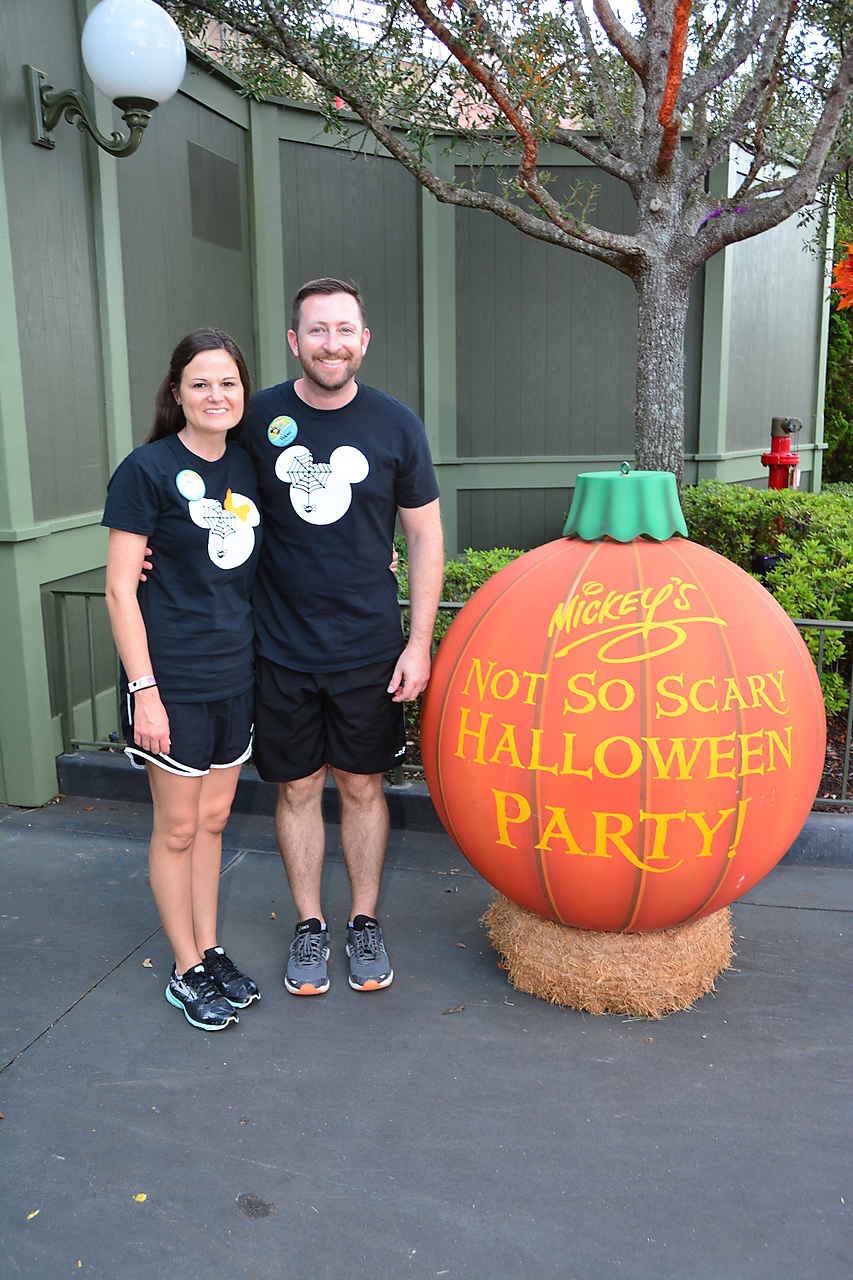 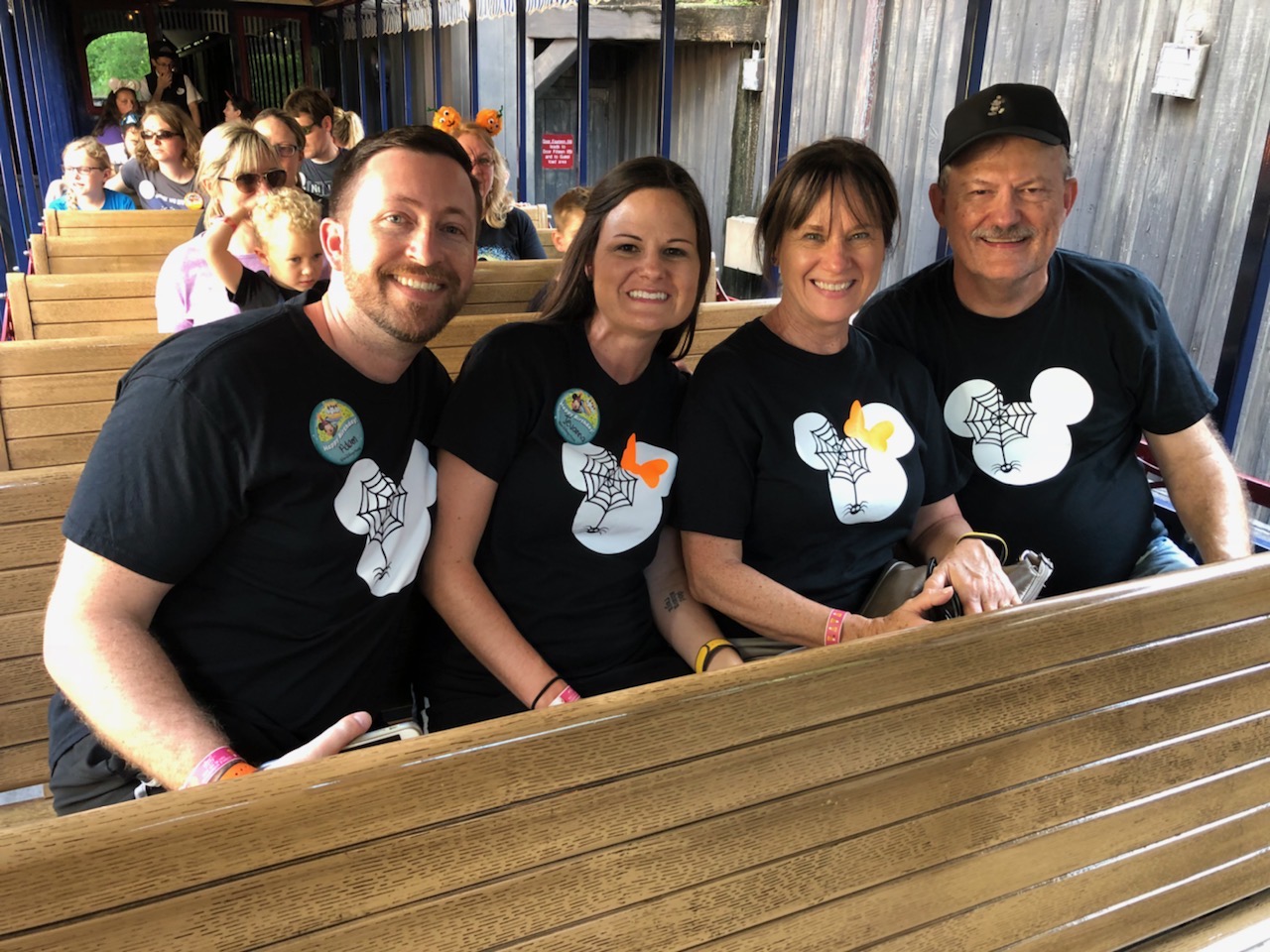 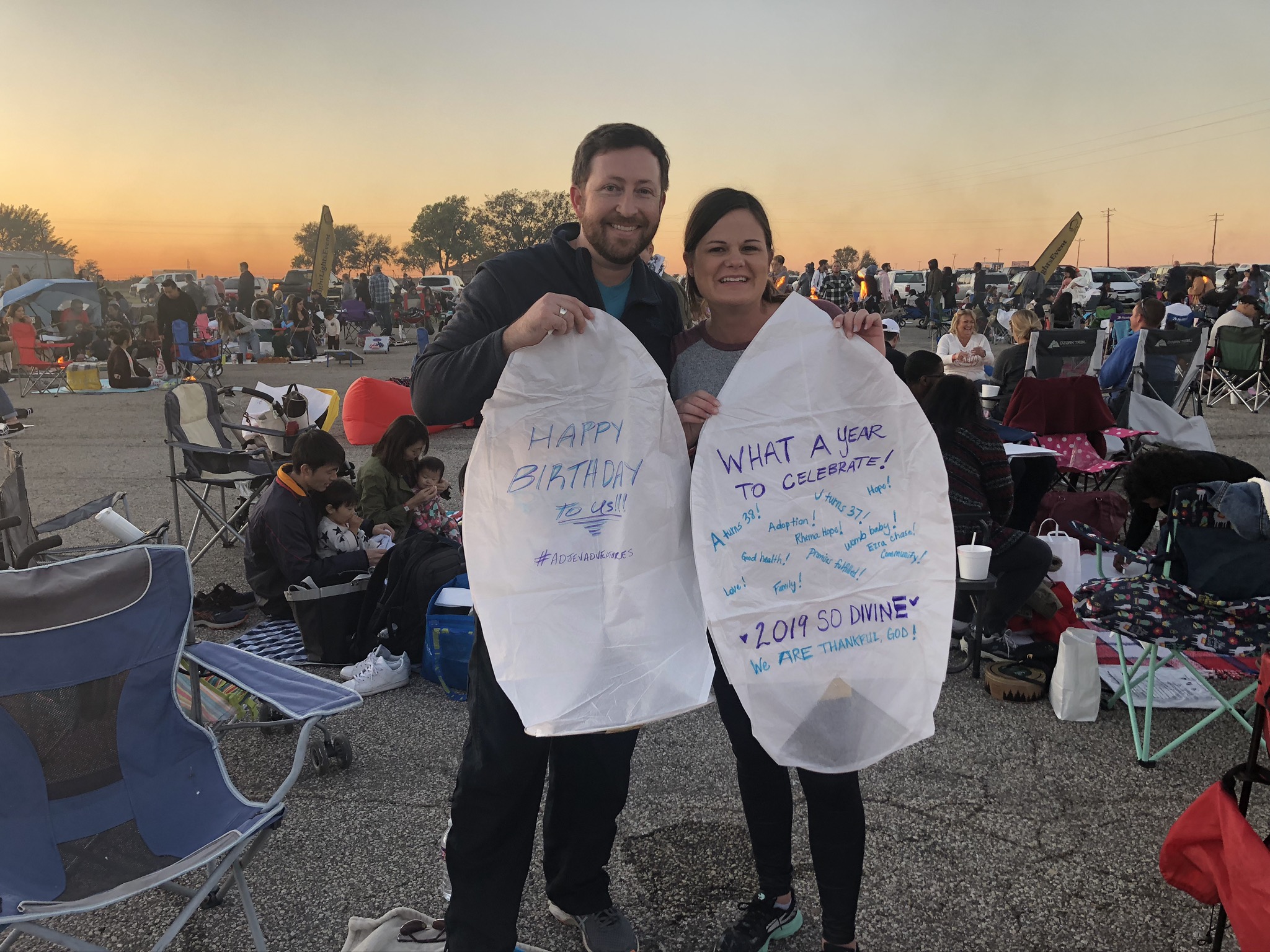 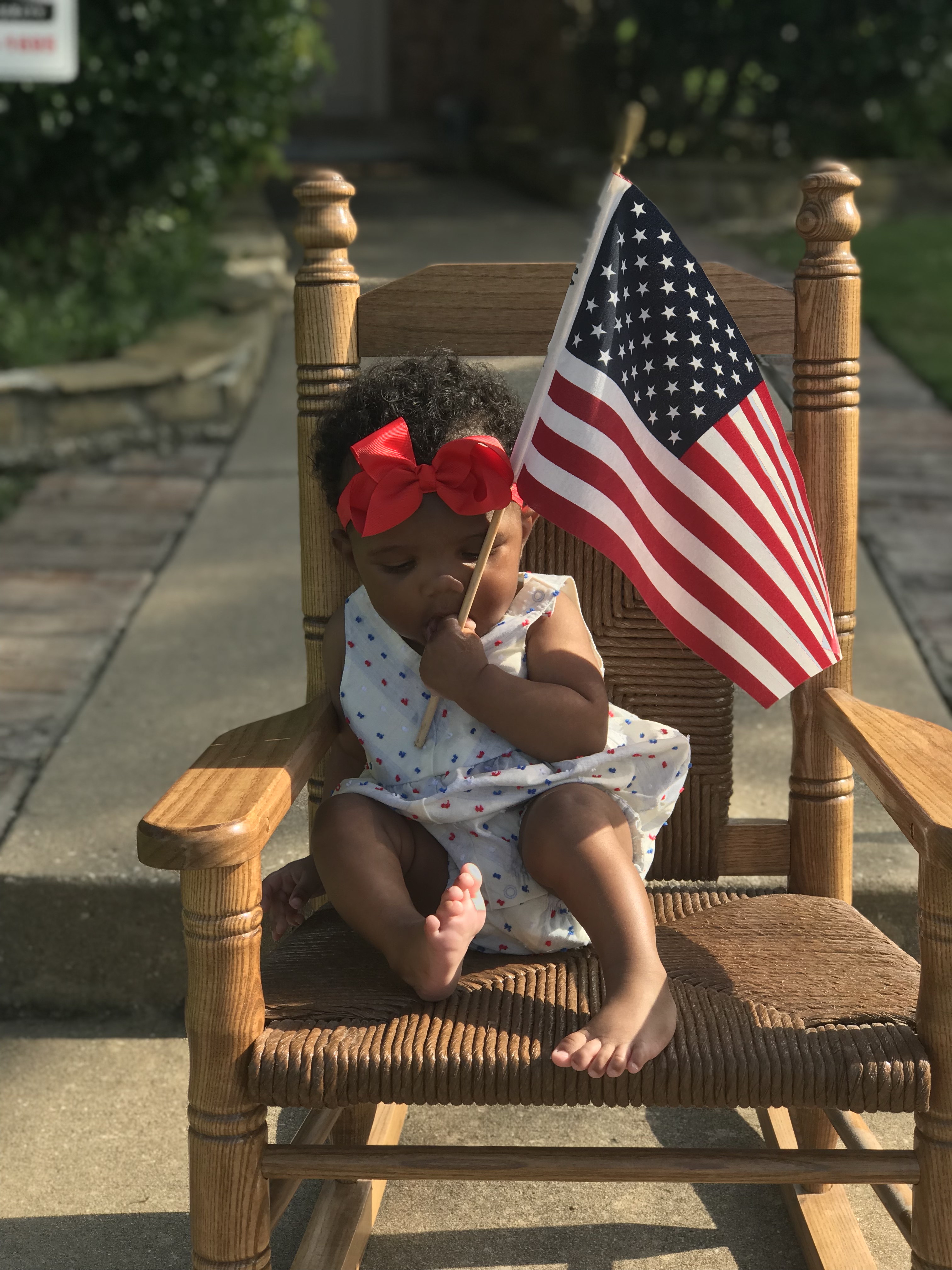 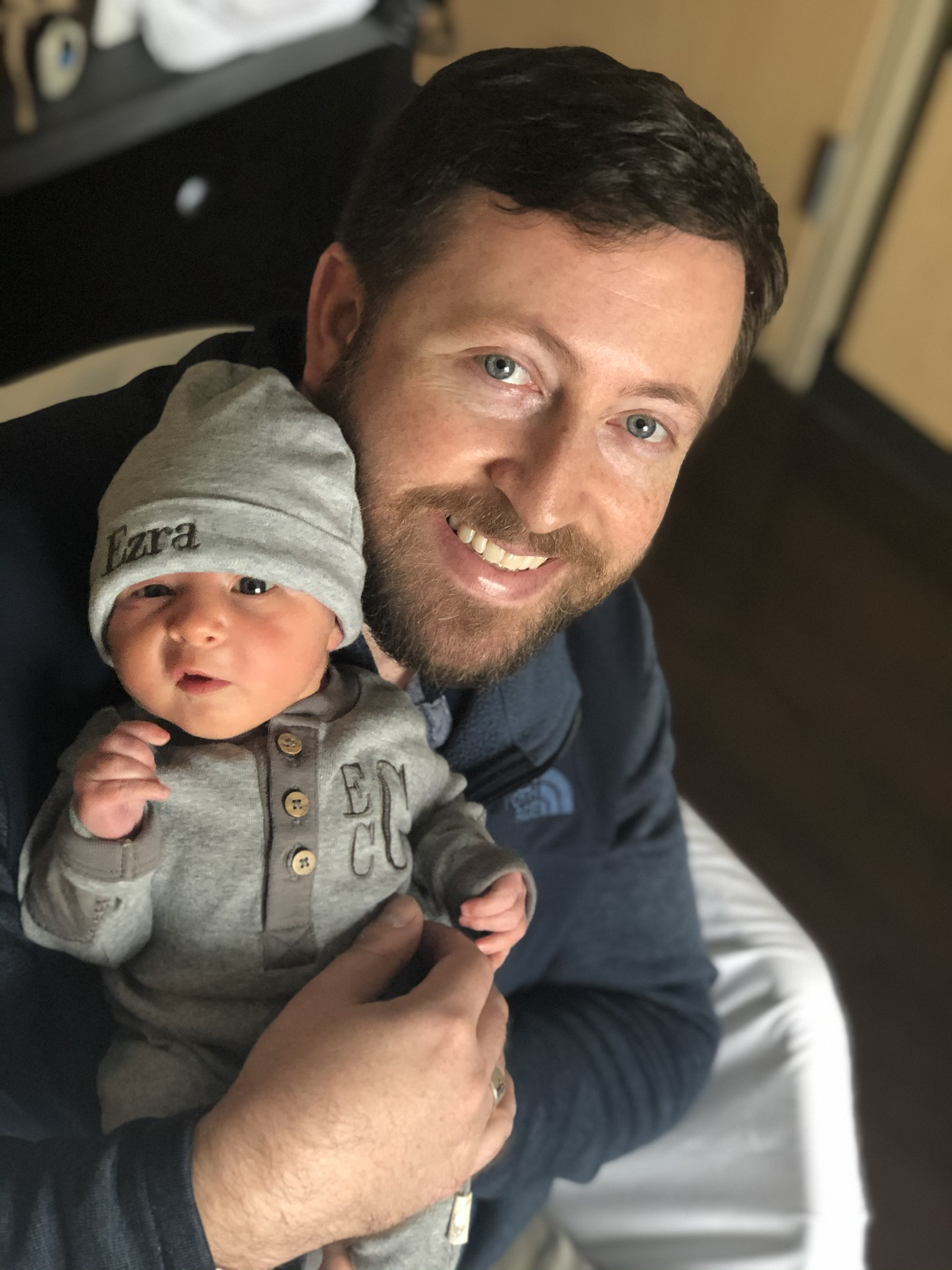 In the nature of transparency and authenticity, I do make a special offer at the end only if you'd like help actually implementing these ad tactics and strategies. Is it required? Absolutely not. Will you receive value & insight even if you don't want to speak together? 100% yes. Some people will take this training, implement it by themselves, and see breakthrough. Some people will see what's possible, and know that working together is just what they need to get results even faster. It's completely up to you but I hope that you'll at least participate in the free training, use it, and let me know what you think!

DISCLAIMER: Any sales figures stated anywhere on this site are my personal sales figures. Please understand my results are not typical, I’m not implying you’ll duplicate them (or do anything for that matter). I have the benefit of practicing direct response marketing and advertising since 2006, and have an established following as a result. The average person who buys any 'how to' information gets little to no results. I’m using these references for example purposes only. Your results will vary and depend on many factors …including but not limited to your background, experience, and work ethic. All business entails risk as well as massive and consistent effort and action. If you’re not willing to accept that, please DO NOT GET OUR INFORMATION.